How One Woman Redefined Ice Cream.. 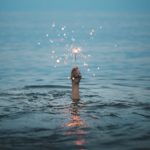 What Breast Cancer Survivors Want You..

Dressing Yourself – and Your Home..

Bearing the Unbearable: How I'm Coping.. 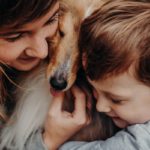 Here's How You Can Contribute to.. 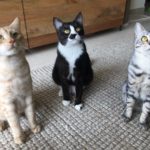 Ever Thought You Could Make a.. 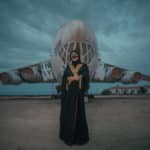 10 Trailblazers You May Not Know.. 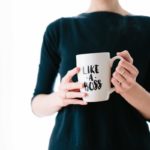 Because It's World Entrepreneur Day... 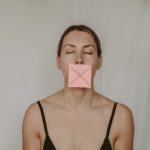 It's Time to Talk About International.. 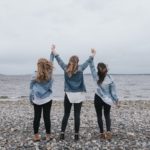 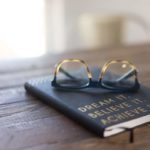 In Conversation with Claire Sumner

At Home with Ghaliah Amin

Is She the Ultimate #SupportLocal Crusader?

Faith, First: In Conversation with Mathilde..

“I was brought up in a very ‘meat and potatoes’ type of household. Born in America in the 1980s, my earliest memory of standard meals were hot dogs with mac and cheese or fish sticks. And when we visited family, there were always huge, meat-focused feasts – lasagne, turkey dinner for the holidays and great, big beef roasts.

Like any kid of my generation, TV was central to how I learned about the world, and was told ‘Milk Does a Body Good’ with ‘Where’s the Beef?’ commercials the foundation of my nutritional knowledge. I was fortunate to be taught how to cook from a young age, but moving to the UAE in 1995 introduced me to a completely different way of eating, with traditional Arabic dishes of chicken, lamb and fish served with rice the focus of my new daily menu. Needless to say, there was not a vegan or vegetarian person anywhere near me for the early part of my life, and like most kids, I wasn’t really exposed to anything other than the ‘meat with every meal’ mentality.

I wasn’t particularly athletic growing up either. I spent a lot of time at volleyball while at the American University of Sharjah, but mainly because it was much more fun than studying. My diet at the time was cigarettes, Red Bull and Bounty chocolate bars – I  was literally obsessed with those things. I followed no nutrition guidelines at all – which probably explains why my volleyball career didn’t ever go anywhere.

Aside from volleyball, there was no activity in my life – unless night clubs and excessive smoking were a sport – in which case, I was an overachiever. But from 2016, I started to have a few breakthroughs in the way in which I saw the world. I often think that when you start to shift one thing in your life, others seem to follow. In fact, one of my favourite sayings is ‘How you do one thing is how you do everything.’

I started boxing in 2016, and at the same time, I went vegetarian (I tried being a pescatarian for about a week, but I don’t like fish, so it was a pointless exercise.) Within a week of going vegetarian, I noticed that my body was leaning out a lot. I felt lighter in general – there was no post-meal slump, and my energy levels were different.

As I continued as a vegetarian, I learned more and more about the health benefits of veganism, how it impacted the world environmentally and the wholly unnecessary pain that’s inflicted on animals as part of the meat industry – we simply didn’t need to kill to thrive. This was a huge shift of mindset for me because I’d previously never given two hoots about the planet, and never cared about the origins or welfare of the chicken in my chicken nuggets. I’d never realized what a cold-hearted, ignorant human I was until I started this journey. I was the girl eating steak every week at ladies night and brunch – I didn’t care about the impact I had upon the planet because I was calloused from years of being taught that eating meat was normal – that there was a hierarchy, and that some lives didn’t matter.

The biggest and most noticeable change came from my stomach. I had struggled with IBS and a frequent upset tummy pretty much from the age of 16 – obviously, with a diet of energy drinks and chocolate bars, that should come as no surprise  – but I didn’t continue eating like that. I tried everything to try and fix my digestion issues. No raw vegetables, no nuts, no soda – but at no point was it suggested to me to go vegan. Now, that seems nothing less than ridiculous. I was in pain and suffering for years and simply assumed that this was my life, and how it was going to be – until I got to 2016 and decided there must be something I could do to improve how I felt.

Any type of stomach discomfort or malfunction was gone when I went full vegan in late 2016. I eliminated all animal produce from my diet  – no milk, no cheese, no yoghurt, no meat, no honey, nothing. I always believe that if you’re going to commit to leading a ‘harmless’ life – by that, I mean going vegan – you need to tread a harmless path and remember that without bees, we wouldn’t even be alive. I became aware that the planet doesn’t need us, we need it – and that my footprint on it should be evaluated. Just look at what happened during the global lockdown this spring – the planet prospered. Our planet has never needed us, but we need it – and she is dying, because we are killing her.

The most common question I get asked as a vegan athlete is ‘what do you eat?’ I think it’s a bit of a strange question because there is more variety in the vegan world than the carnivore world – no offence. But since I have such a busy schedule, I’ve chosen to have a diet delivery plan that caters to all of my vegan needs. I know that not everyone wants a meal plan, and it may not work for everybody, but since my hours are intense, I rely on EatWell to keep me going, because they make amazing holistic and organic food that requires me to do nothing more than eat it when I’m hungry! If I’m not on a meal plan, I make similar meals to what is delivered and prep for the week ahead on a Saturday  – I’m big on quinoa, pasta, broccoli, bananas, apples and berries, and I love making Indian, Chinese and Arabic food – all of which have so many incredible vegan dishes to enjoy. As well as all the restaurants that are now offering vegan menus as standard, grocery stores are full of vegan butter, cheese and freshly-prepped recipe boxes. Did you know that according to nutritional guidelines you should have 10 to 12 servings of fruit and vegetables a day? Not the reported 5? Now I know I’m getting that, but are you? Existing on a diet of brightly-coloured fruits and vegetables packed with nutrients and fibre offers an immediate way to boost your energy, your immune system and help your digestive system – and I can honestly say that going vegan changed my life.

Besides the health benefits and giving back to the planet, I noticed some significant changes occurring once I gave up eating meat, namely my energy and empathy levels, and my physical appearance. When I say energy, I mean my ability to work better, harder, faster and stronger – that transformation was incredible. I work seven days a week, usually for 16 hours a day. Last year, I fought twice in two months, so for about four months, I trained three times a day and had to maintain my hectic work schedule. I’m mentally sharp, my blood pressure is low, my weight loss for my fight was 6kg in two months but I still kept my strength – my muscle mass is well above average according to a recent body assessment, and to top it all off, I function on about six hours of sleep a night. This October, at the age of 39, I completed 302km by running 10km a day for 30 days straight – with no recovery or rest days. I emerged with no injuries and I cut my time down by 15 minutes from the first run. I have to say I’m pretty proud of that achievement! It proves that vegan athletes are just as powerful and capable as their meat-eating counterparts…and there are so many great documentaries to watch that tell this exact story.

Another aspect that I was surprised by is the new level of empathy I have – my views on people, animals, everything – has changed. I now have a much deeper connection with all living beings, the ability to see and feel from the other point of view. Emotional intelligence is not a gift many are blessed with, but since going vegan, I feel much more in touch with people as well as animals.

My hair, nails and skin have never looked better. My nails grow strong and white, my hair is full and glossy and after struggling with adult acne throughout my 30s, I have skin that looks younger and healthier than ever before. I don’t take any supplements or have athletic shakes or protein bars. All of my nutrition comes from my food, from mother earth herself – I’ve learned the power of nature, the power of food fuelling us and how far off the path to healthy living I had been for most of my life. Taking my diet back to basics, I know that fruit and vegetables can sustain me better than anything else, that the nutrients in my diet are more important than those found in a side of lifeless beef and that the most brilliant protein comes from plants.”