Feeling Anxious? These Meditative Practices May..

A Cynic Walks into a Cacao..

Going Green: 5 Women on Their..

Let's Change the Narrative of 'No',..

Success in the Digital Age Looks..

Calling All Smokers with a Desire..

The A-Z of Veganism 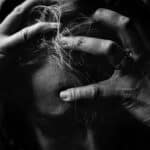 Meet the ‘Soul’ution to Your Problems

Are You Constantly Worrying about Your..

Tap Your Way to a Better.. 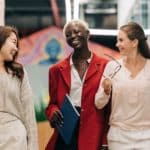 Want to Increase Your Productivity?

Who Says Leadership Is Reserved for..

Let's Talk Cancer and the Mind-Body..

The Gloves Are Off: Why Women Box

More women are turning to boxing for empowerment. Here’s why…

Ever considered picking up a pair of gloves to boost both your fitness and your mental health? Then now is the perfect time to fight back at what has been arguably the most challenging year most of us have ever faced. One of the most effective stress-busting workouts there is, women all over the world are stepping into the ring and discovering how boxing can make them stronger and tougher in more ways than one.

Frequently considered a man’s sport, women have actually been boxing since the 18th century, when Elizabeth Wilkinson first fought as a bare-knuckle boxer in London’s largely secret boxing circles. Not without controversy, in the late 1920s, one London borough actually banned a scheduled fight between two female boxers. Happily, much has changed since then, and boxing has become an increasingly acceptable sport amongst women. Popularised by movies including the Oscar-winning Million Dollar Baby, as well as a whole host of movie stars, performers and supermodels including Hilary Swank, Jennifer Aniston, Jennifer Garner, the Kardashian sisters, Adriana Lima, Karlie Kloss, Jourdan Dunn and Bella and Gigi Hadid, who all swear by the sport for staying in red carpet and catwalk-perfect shape, in 2012, women were finally able to compete in the boxing ring for the first time in the Olympic Games.

Closer to home, in the Middle East, female boxers have been making waves in both the UAE and Saudi. Fahima Falaknaz and Hanan Al Zyodi were the first Emirati women to compete in the 2019 Asian Confederation Boxing Championships, while in Saudi the trend is growing, with more and more women taking up the sport, lead by female kickboxing and boxing trainer, Halah Al-Hamrani, who runs her own gym in Jeddah. In Dubai, the annual White Collar Fight night has seen women’s matches a regular feature of the show, with fitness entrepreneurs like Real Boxing Only Gym’s Michelle Kuehn encouraging women across the Emirate to pick up their gloves and box their way to the best fitness levels of their lives.

The growing popularity of the sport amongst women is no surprise – boxing is an empowering force for the fairer sex, perhaps so because ‘the ring’ is frequently considered to be the domain of men. Long known as the fighters, or the ones leading the charge in war, men have historically monopolised the battlegrounds of everything from business and politics to culture and sport. But as traditional gender roles have shifted, women have been able to muscle their way into the ring, with female boxers such as UFC fighter Ronda Rousey (aka ‘Rowdy’) encouraging a growing number of box-clever women to pick up the sport.

While there are many fantastic forms of exercise out there to choose from, boxing has a long list of physical benefits. Great for cardiovascular health, boxing is an ideal source of aerobic exercise, with the warm-up alone getting the heart pumping, reducing the risk of high blood pressure and the heart disease. Meanwhile, repeated punching movements increase upper body strength, while a boxer’s stance helps strengthen muscles of the core, back and legs. Finally, boxing improves hand-eye co-ordination, which improves overall alertness as well as improving balance.

In terms of mental health, boxing is a wonderful source of stress-relief that helps manage feelings of anger, as well as boosting mental resilience. Boxing is particularly beneficial for improving mental focus, as razor-sharp reactions skills are required during sparring. As well as clearing the mind and boosting feelings of wellbeing thanks to the release of endorphins, boxing can do wonders for self-confidence as well as developing self-defence skills – an essential that no woman should be without.

Most importantly, boxing can help to discover things about yourself that you didn’t already know, as well as developing skills like strategic thinking and honing mental clarity. By pushing yourself out of your comfort zone and facing a new skill, boxing can help you realise the strength you had within all along. And when it comes to actual sparring, boxing teaches that the sport is about way more than just landing a few punches. By combining various moves, from hooks to uppercuts, along with the required fancy footwork, boxing takes quick thinking and well-considered moves as well as practice and perseverance.