Going Green: 5 Women on Their..

Calling All Smokers with a Desire..

Let's Talk Cancer and the Mind-Body..

How Breast Aware Are You?

Sporty and Forty? This One’s for.. 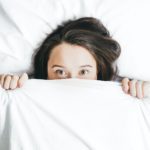 What to Do When Stress (Suddenly).. 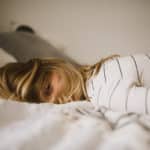 Welcome to the Coronasomnia Era 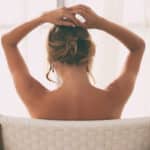 Raise Your Hand If You Have..

Why It's Time to Roll Out..

Are Yoga and Fasting a Match..

How To Stay Fit When You’re..

Why It’s Veganuary Every Day

The A-Z of Veganism

Do you have what it takes?

With the rise in awareness about sustainability, animal abuse, and clean eating, it’s no wonder that veganism is soaring in popularity – even household names such as Natalie Portman and Joaquin Phoenix have embraced a vegan diet. So what’s the fuss about? And do you think you can take the plunge? A vegan diet consists of food items that come directly from plants, such as fruits, vegetables, nuts, and grains. It does not contain any animal products – dairy, eggs, and honey included. And it goes without saying that meat of any sort doesn’t make an appearance.

Key Foods in a Vegan Diet

While every vegan has their own preferences and cultural influences when it comes to what they eat, these are a few of the key ingredients that comprise a vegan diet:

Barley, brown rice, buckwheat, and millet are some of the popular whole grain options out there. Not only are they filled with nutrients such as protein, fibre, and antioxidants, but they’ve also been shown to bring down the risk of heart disease, type 2 diabetes, and obesity. Don’t know what to have for breakfast? Oatmeal is always there to save the day! In the mood for a quick snack? Grab some popcorn.

Plant-based milk can be derived out of several sources such as soy, almond, rice, or cashew, and is an excellent source of nutrition. While not all plant milks are created equally and their nutritional profile can vary depending on the type you choose, generally speaking, they can be a great stepping stone for those seeking to switch to veganism – or if you have lactose intolerance. Just make sure you’re not allergic to any of the ingredients used!

Pulses such as peas, chickpeas, kidney beans, and lentils are packed with fibre, protein, and other minerals and vitamins. Not only are they low in fat content – which can lower cholesterol levels – but they’re also incredibly cost-effective and versatile enough to be used in several dishes (think: salads, brownies, wraps, and stews).

Not only can most fruits and vegetables be eaten on their own, but they can also be cooked in several ways – be it fried, boiled, sautéed, or grilled. They can be combined with several other dishes as well. Some of the more interesting takes include using mashed banana instead of eggs for baking, and cauliflower for your pizza crust. Other staples in a vegan diet include nuts, seeds, and minimally processed meat substitutes such as tofu and seitan.

According to nutritionist Stephanie Karl, “The plant protein trend has prompted innovation in meat substitutes, however higher sodium levels and a wide nutrient range in such products highlights the importance of nutrition guidelines in their development to ensure sameness with animal-based proteins.”

Meat substitutes can be heavily processed and vary drastically in their food value. Thus, while they may be more environmentally friendly, they may not always be good for you. Stephanie suggests that nutritional guidelines should be more user-friendly and make recommendations of additional food items that complement each other to improve the range of nutrients at every meal. This means that instead of sticking to one thing, people should try to mix up whole grains with pulses, nuts and seeds, soy products, and so on alongside appropriate meat substitutes.

While stereotypes about vegans are pervasive and not always accurate, one is right in assuming that being a vegan can go beyond one’s diet, extending into personality and outlook in life. Depending on the reason for which someone may choose veganism, some vegans may refuse to partake in any entertainment that involves animal exploitation, deciding not to visit zoos or circuses with animals for that reason.

Others, meanwhile, may prefer to use synthetic fibres instead of the likes of wool, which comes from animals, since they believe that the shearing process can terrorise the animal. Some vegans may shop at thrift stores to reduce their dependency on fast fashion that is harmful for the environment, buy only cruelty-free products (especially when it comes to cosmetics), and get involved with animal welfare and/or environmental groups. While everyone makes different choices, a lot of vegans try to live an ethical life in order to cause as little harm as possible – be it to animals or the environment.