50-Something, but Make It Fashion 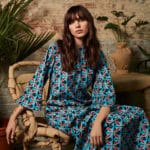 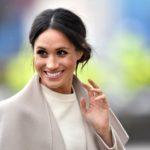 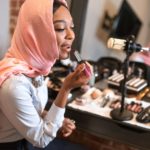 4 Arab Brands That Belong on.. 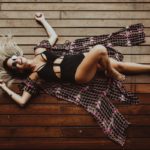 Let's Talk About the One-Piece Wonder 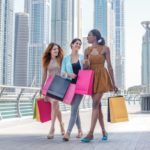 The Best of Dubai Summer Surprises..

The Lowdown on Getting Pierced, Inside

Why It's Time for an All-White..

Figured Out What You're Wearing Next..

Can This Activewear Brand Be Your..

Diane Von Furstenberg: Taking A Page Out Of Her Remarkable Book Of Life

Diane von Furstenberg is truly a name to be reckoned with. Daughter of a Holocaust survivor, a cancer survivor, inventor of the iconic wrap-dress and founder of global fashion brand DVF, author, mother, grandmother, and philanthropist, at age 73 she has not only lived a full and fabulous life, but a life several people combined could achieve. A symbol of fashion and female empowerment, she’s an inspirational figure dedicated to giving back to her community. With that in mind, DVF could teach us all a thing or two on how to navigate our lives for success.

As we gear up for New York Fashion Week, which will undoubtedly become the most talked-about on record as the industry navigates our new, COVID-19-induced normal, here are five fundamental values and lessons the legendary New Yorker embodies that make her one of The Gaggler’s favourite female fashion icons…

Watch any YouTube video with DVF, and the first thing you’ll pick up on is her fiercely independent streak. Adamant on being a self-reliant woman, she started out going from door to door in New York trying to sell her clothing It’s no wonder that the wrap-dress she created in 1974 would become ‘the defining power symbol for an influential generation of women’. Today, the dress has made its way into both the Smithsonian Museum and the Metropolitan Museum of Art.

Besides being magnificently independent, Diane has stayed true to herself and her values, which shine through her work. Appearing in a TedX talk last year, the fashion designer made several powerful statements on self-confidence.“If you doubt your power, you give power to your doubts.” Equally poignantly, she stated, “The most important relationship you have in life is the one you have with yourself.” With her brand embodying authenticity and confidence, it’s no wonder the woman who created it oozes the same.

Diane is adamant that despite being frightening, you need to face your fears, a lesson she was taught by her mother, which perhaps comes as little surprise considering she was a survivor of the Second World War’s Nazi death camps. Afraid of the dark as a child, her mother would put her in a dark place so that she could overcome her fear. Today, Diane comes across as a staunch female warrior having fought back from countless challenges, from cancer to divorce, all the while building the DVF empire. Indeed, there seems little that can faze her, as she has faced each of life’s hurdles head-on.

Speaking about ageing in one interview, Diane explained that she was not a fan of plastic surgery as it served to erase the life that she had chosen to live. Specifically, she was afraid of not recognising herself in the mirror and wanted to be ‘as real as possible’. At age 73, it seems her tactics are working as she appears ever-youthful. And as she continues on her mission of empowering females across her industry, she stresses that older women have an essential role to play in society. Their wisdom is just as valuable as that of their male counterparts, even though they are often far less visible. Diane offers us a role model that challenges these traditional boundaries.

As an active philanthropist, Diane continues to support women in achieving their independence as part of several organisations, including Vital Voices and the DVF Awards, which seek to empower emerging female leaders and entrepreneurs. From launching a YouTube channel to attending talks and seminars, creating her masterclass series, and much more, DVF is keen to leave behind a legacy that calls on women to realise their potential. In an interview with The Financial Times, she explained “Once I used to be an icon. Now I want to be an oracle.” Keen to pass on what she has learned in the course of her life, she has been recognised most recently for her philanthropic efforts with the prestigious French Legion d’Honneur, the highest honour for civilians who contribute to the country.

Diane always says it’s not her who made the dress, it’s the dress that made her. An icon of modern fashion, the wrap-dress undeniably put DVF on the map. But today, Diane Von Furstenberg is an icon herself. Embodying the same values as her wrap-dress – a celebration of individual freedom and empowerment – Diane continues to stay true to those values. Perhaps this is the most important page of all that we might take away from her remarkable book of life.