A Family-Friendly Halloween in Dubai? Check! 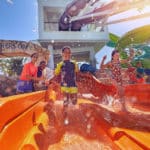 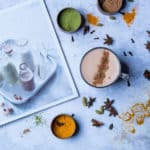 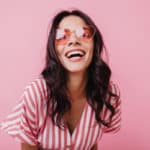 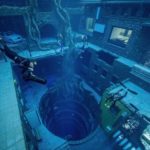 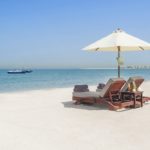 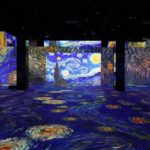 This Travel Privilege Is Open to..

Weekly Planner: What's on the Agenda..

Weekly Planner: What's On The Agenda..

5 European Capitals That Are Better in Winter

Winter layers at the ready.

Just as we are celebrating the long-awaited return of beach weather, we’re faced with the question that comes up every November: where will I travel over the long National Day weekend? And while getaways to Oman, Sri Lanka, and Zanzibar are always a good idea, this year, we suggest packing a couple of layers and heading to Europe instead. For starters, Dubai residents tend to visit European cities exclusively in the summer, thereby missing out on the charm that comes with scenic snowy landscapes and bustling Christmas markets. And let’s not forget the joys of exploring a new city when fewer crowds and lower hotel rates are a given. Let the planning begin.

Everyone and their mother wants to be in Amsterdam come summer – and for good reason. But the Dutch capital is equally appealing during winter. For starters, it’s less crowded, giving visitors the opportunity to appreciate its vibrant cultural scene, third wave cafés, and obscure antique stores in peace. And with Christmas celebrations spanning the month of December, the festive cheer in the air is palpable. Bonus: the historic canals sometimes freeze, giving lucky locals and visitors alike a chance to walk or ice-skate on a veritable symbol of the city.

Stay at: Grand Hotel Amrâth Amsterdam for its storied setting, a 100-year-old building that served as the headquarters for a number of shipping companies and is now a national monument.

The German capital translates to one thing in December: the very best Christmas markets on the planet. With nearly 80 markets in Berlin alone – and an estimated 2,000 across Germany as a whole – this city is a no-brainer if you’re looking to travel next month. Elsewhere, the city is known for its progressive vibe, dark past, audacious art and culture scene, anything-goes approach to nightlife, and diverse dining scene – none of which are hampered by lower temperatures.

Stay at: Hotel Bikini for its urban jungle ambiance, quirky-colourful guestrooms, and unexpected extras – all guests can borrow the hotel’s resident Mini Cooper for free.

There’s just something so charming about the Czech capital during winter – its distinct landscape of brick-red roofs church spires coated in powdery white snow, the nostalgia of a lamplighter clad in period clothing manually lighting up the gas lamps on Charles Bridge, endless opportunities for ice-skating amongst Baroque-style buildings, and nightly performances of The Nutcracker at National Theater in December. As for the hot and hearty dishes of Czech cuisine? The perfect accompaniment to chilly weather.

Stay at: Golden Well Hotel for a journey back to simpler times, courtesy of art deco touches, masterful reproductions of centuries old furniture, and location below the walls of Prague Castle.

Reykjavik earns a spot on this list for several reasons. Not only is it the northernmost country capital in the world, but it’s also well-versed in hosting visitors over winter. Here, you can bathe in the instantly recognisable Blue Lagoon, explore a glacier by snowmobile, go whale watching, or even chase the Northern Lights. Bonus: the Golden Circle – an easily explored route between three of Iceland’s most visited attractions – is accessible during colder months.

Stay at: 101 Hotel for its designer amenities, Instagrammable décor, central location, on-site art gallery, and – wait for it – underfloor heating.

Time and time again, the Austrian capital is voted as Europe’s best city, and lower temperatures do nothing to deter tourists. The city’s most famous attractions – think: St. Stephen’s Cathedral, Schönbrunn Palace, the iconic ferris wheel built-in 1897, the Museum of Natural History, and more – are all up and running come winter. Oh, and in case you’re wondering, the famous Magic of Advent Christmas market that transforms City Hall Square into a whimsical winter wonderland can easily compete with the best of the best in Berlin.

Stay at: 25hours Hotel for a stay that blurs the line between imagination and reality thanks to touches of surrealism throughout – a bath on the balcony, swings instead of chairs, a saucepan instead of a washbasin.