Each is five hours or less from the UAE.

Hey, remember the joys of arriving in a new country? Navigating a sea of taxi scams as you step out of the airport, the air filled with the promise of countless adventures ahead. Many of us haven’t actually managed to board a flight for a while now, what with travel restrictions and the infamous Delta variant wreaking havoc on most people’s plans.

There is, however, something to be said about making travel plans. In fact, the anticipation of an experience alone can boost a person’s happiness much more than the anticipation of buying material goods, according to a Cornell University study. Today, we’re marking World Tourism Day 2021 by revealing six travel experiences that belong on your bucket list and are easily accessible from the UAE – each destination is five hours or less from the UAE. Let the planning begin!

Cruise Down the Nile

Just as a visit to the pyramids is practically obligatory, a cruise along the Nile River is, too. But don’t just book a trip with any cruise ship because the Steam Ship Sudan – or SS Sudan – is truly special. Built in 1885 as a gift for King Fouad and launched as a cruise vessel in 1921, this historic paddle steamer retains the Belle Époque grace that inspired Agatha Christie to write her famous 1937 novel, Death on the Nile. Today, the ship regularly traverses the Nile on five-night cruises that launch from either Luxor or Aswan, chugging along at a relaxed eight kilometres an hour.

Float in the Dead Sea

The ancient city of Petra is what attracts hordes of tourists to Jordan, but a dip in the Dead Sea is seriously underrated. Formed three million years ago, this super-salty lake is the lowest point on land (423 metres below sea level) and the world’s oldest natural health resort – its mineral-rich waters are loaded with healing properties for several skin conditions, making it a prized ingredient in the world of beauty. Besides, effortlessly floating in the Dead Sea is just plain fun! But the time to visit this natural wonder is now; the Dead Sea is shrinking at an alarming rate, with experts estimating that its surface level is falling by more than a metre each year.

Sleep in a Yurt

A longstanding symbol of nomadic culture, yurts have been around for thousands of years. This circular dwelling is not only portable, but also steeped in tradition as it is made of animal skin or felt and serves as the primary style of home across Central Asian countries such as Mongolia, Tajikistan, and Kazakhstan. In Kyrgyzstan, the concept has been taken up a notch, pairing glamping with yurt life at Supara Chunkurchak ethnoresort. Located just 37 kilometres south of the capital Bishkek, it’s immersed in untouched rural beauty, yet offers creature comforts, cultural activities aplenty, and even an onsite spa – because why not?

Fly Through the Mountains

The average adventurer will tell you that Everest Base Camp deserves a spot in your bucket list, but let’s face it – this once-in-a-lifetime trek isn’t exactly accessible to all. Yes, it requires no mountaineering skills nor technical expertise, but altitude sickness can strike as Everest Base Camp sits at 5,364 metres above sea level. Now factor in that you’ll be walking for somewhere between 12 and 15 days, and you’re looking at a bucket list experience that’s not for everyone. Enter: the mountain flight. This shortcut to Mount Everest by domestic airlines such as Yeti Airlines offers passengers a front-row seat to the breathtaking, snow-capped mountains of the Himalayas, bringing them back to Kathmandu in an hour.

Considering its bounty of natural beauty, Sri Lanka boasts some of the most scenic train rides in the world – at a bargain price, too. Arguably the most spectacular route is the seven-hour ride from the centrally located city of Kandy to the small town of Ella. In fact, it’s even been dubbed “Sri Lanka’s most popular tourist attraction” as the vistas comprise everything from rolling rice fields and lush forests to towering mountains, sweeping tea plantations, waterfalls, and more. A word to the wise: avoid taking this train ride midday or on a weekend as it’s extremely popular with locals and tourists alike (read: uncomfortably crowded).

The phrase ‘an embarrassment of riches’ comes to mind when it comes to bucket list musts in Istanbul – taking a ferry across the Bosphorus, getting scrubbed at a traditional hammam, gorging on a kumpir with countless toppings in Ortaköy. But if a truly cultural experience is what you’re after, head straight to Hodjapasha Culture Centre, home of the famous whirling dervishes. Declared a UNESCO Heritage of Humanity, the mystical Mevlevi Sema ceremony depicts a journey of man’s spiritual ascent to “perfection” through mind and love, making it an unmissable blend of music and moves. For the uninitiated, the Mevleviye is an ascetic Sufi order founded in 1273 and renowned for their whirling dances. 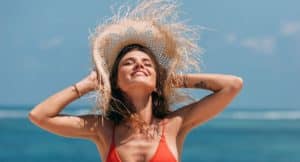 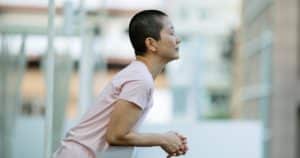