And looked fabulous doing it.

Love her or love to hate her, Meghan Markle is a trailblazer through and through. Long before she made headlines for stepping back from her role in the British royal family in January 2020 and ‘that’ bombshell of an Oprah Winfrey interview earlier this year, she set tongues wagging purely as a result of her sartorial choices – who can forget the “revenge wardrobe” that she put together for all her final royal outings? Today, as she turns the big 4-0, we’re looking back at the five times she defied convention, bypassing the royal dress code and dancing to her own tune. How many of these do you remember?

According to the royal dress code, jeans are considered too casual for events and appearances, so ripped jeans are simply a big no-no. But that didn’t stop Meghan from wearing a white shirt and ripped jeans during her first ever public appearance with Prince Harry at the 2017 Invictus Games in Toronto. Cue the first of many shockwaves.

Committing her first fashion faux pas before even marrying her prince, the royal rule-breaker went sans pantyhose during her engagement photocall in November 2017. Kate Middleton, on the other hand, is all about super-sheer hosiery – she allegedly sports the Barely There Non-Slip Tights variety from John Lewis.

Royal protocol dictates that female senior family members don’t wear trousers to official engagements, but Meghan frequently broke this tradition, too – and looked super stylish in the process. She chose to wear an Alexander McQueen suit to the Endeavour Awards in 2018, completing her look with a pair of pumps and a pussy-bow blouse. Even the colour of the suit was deemed inappropriate, but more on that later.

Sleeveless dresses aren’t normally spotted on royals, but the duchess has sported the sleeveless trench dress on more than one occasion – including when she and Prince Harry introduced their son, Archie, to the world back in May 2019. Clearly, Meghan has always been a fan of this silhouette. She wore it to the Nelson Mandela Centenary Exhibition in London in July 2018 and then again in October 2019, this time during a public engagement in Johannesburg.

When it comes to the British royal family, the colour black is generally reserved for funerals and mourning periods, but Meghan has defied this norm repeatedly. Interestingly, she made headlines for not one, but two different reasons when she made her first ever solo appearance in September 2018. Not only did she wear a black dress – a stunning, sheer-sleeved number by Givenchy – but she also closed her own car door, causing a stir with this simple act. Gasp! 8 Tips on How to Shop More Mindfully

It’s Time to Lift the Veil on Tarot Cards

Ever Thought You Could Make a Career out of Loving Cats? You, But Better: The Gaggler Agenda for September 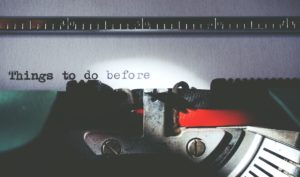 Each is five hours or less from the UAE. 8 Tips on How to Shop More Mindfully

Save time, ease the burden on your wallet. 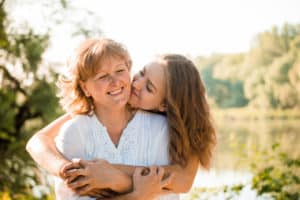